Learn how to animate your own mini movie, for ages 7+

For this guide we’ll be using the FREE online software Cloud Stop Motion which allows you to “create stop motion animations on any modern device”. We’ll show you how to make miniature sets and characters using a range of art materials such as card, paint and modelling clay, to create your own short animated films.

What you’ll need to get started

What will you make your animation about? Perhaps a subject you've just learnt about or even a favourite memory you want to recreate!

What is Stop Motion Animation?

Stop Motion animation is a simple but fun and imaginative way of creating an animated film. It is a style of animation involving taking several photos of objects and moving them ever so slightly between each photo. These photos are then edited together and played at high speed, creating the illusion of movement. There are several different styles of stop motion animation:

Before you start taking any photos, you should plan your story, for this we use a storyboard. A storyboard is a visual aid, which helps you plan out how your animation will look before you start shooting it, helping you decide what artwork you’ll need to create to tell your story. 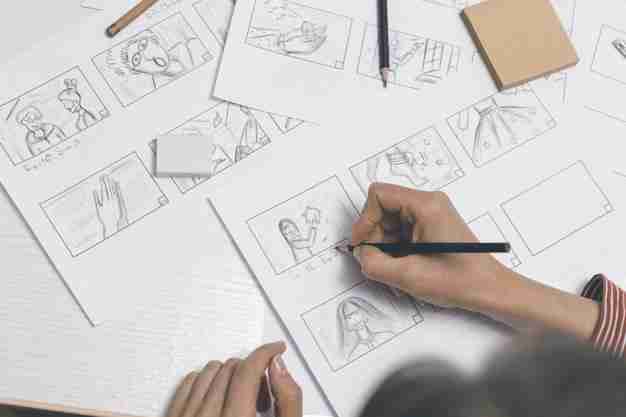 In a classroom or home setting, it can be quite difficult to control the lighting, but if you were to close the curtains and turn on the lights in the room this would be more consistent, which is the most important factor

When you are creating your animations it is tempting for you to lean over your work so you can see it properly while working, If you do, this will block the light from the animation. It is better to make sure you are happy with the set up of the characters and background before you take the still shot so you’re able to stand back and keep the lighting at a consistent level. 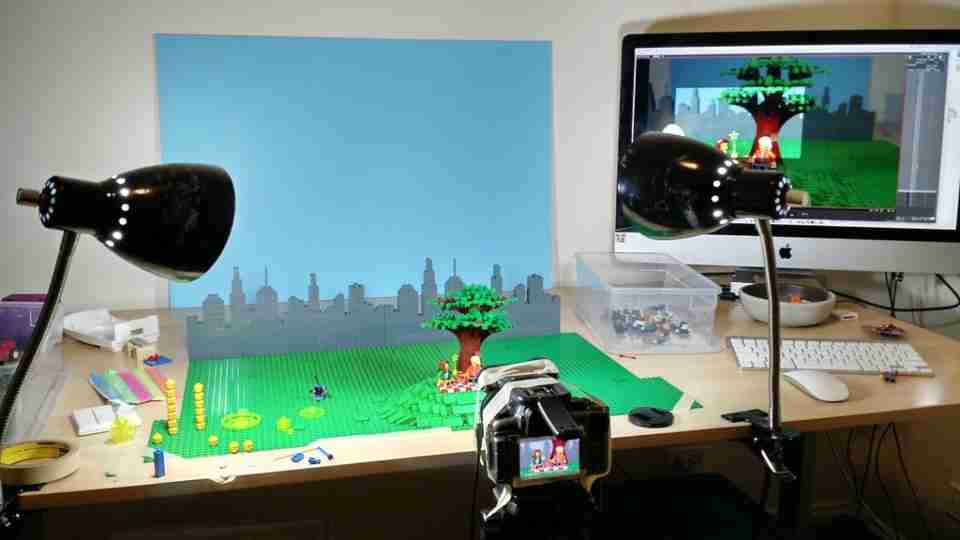 With your capture device on the Cloud Stop Motion website, head into a new project.

Tip: Remember if you’re using a phone to rotate the screen horizontally! 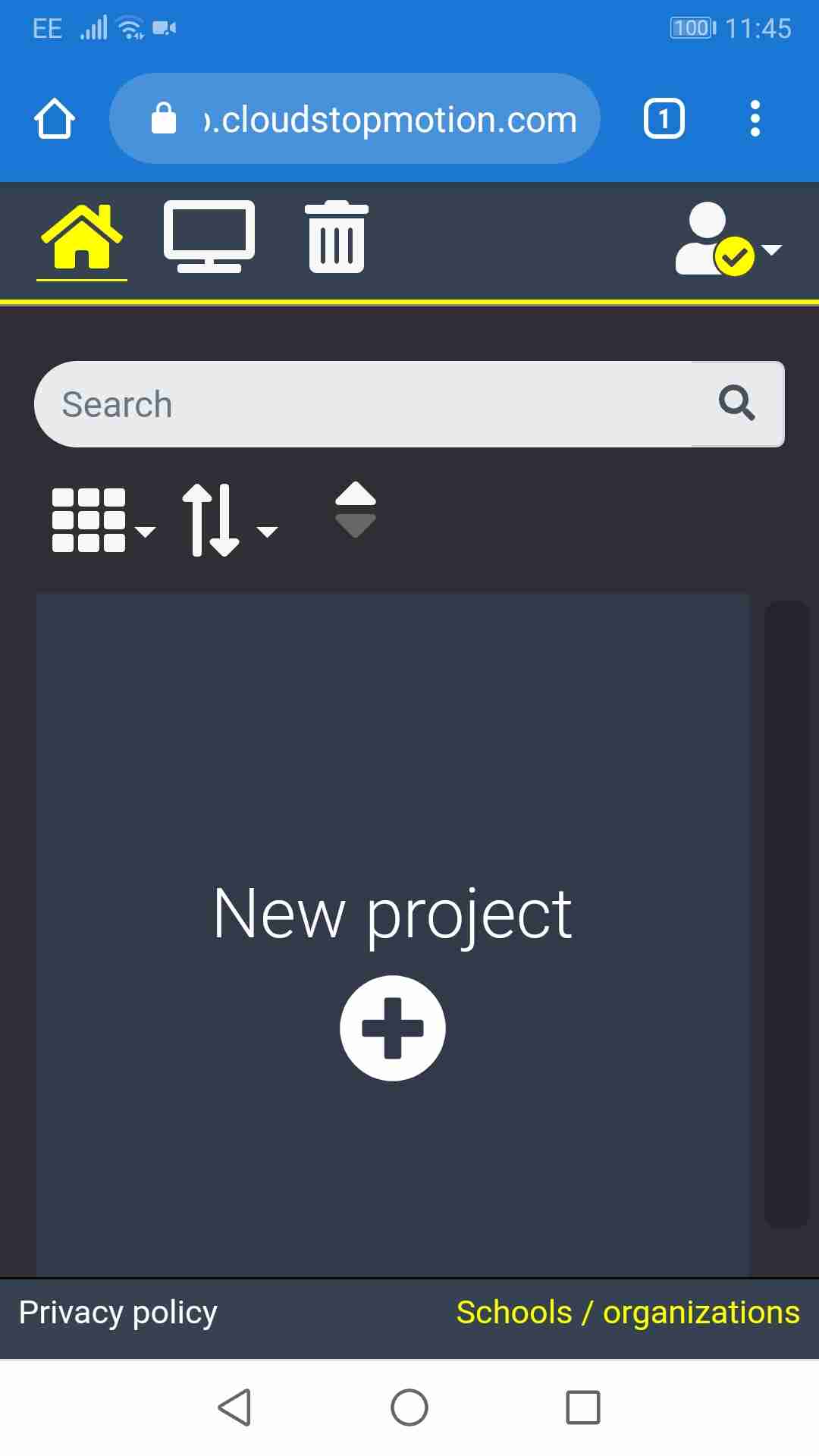 On the settings tab frame rate should be set to 12, this means that for every 1 second of film you need to take 12 individual frames.

Making each movement small will ensure the end result looks smooth and the more frames that create your film the better and longer it will last!

Tip: Don’t worry if you accidentally take a picture of your hand, it happens to everyone! 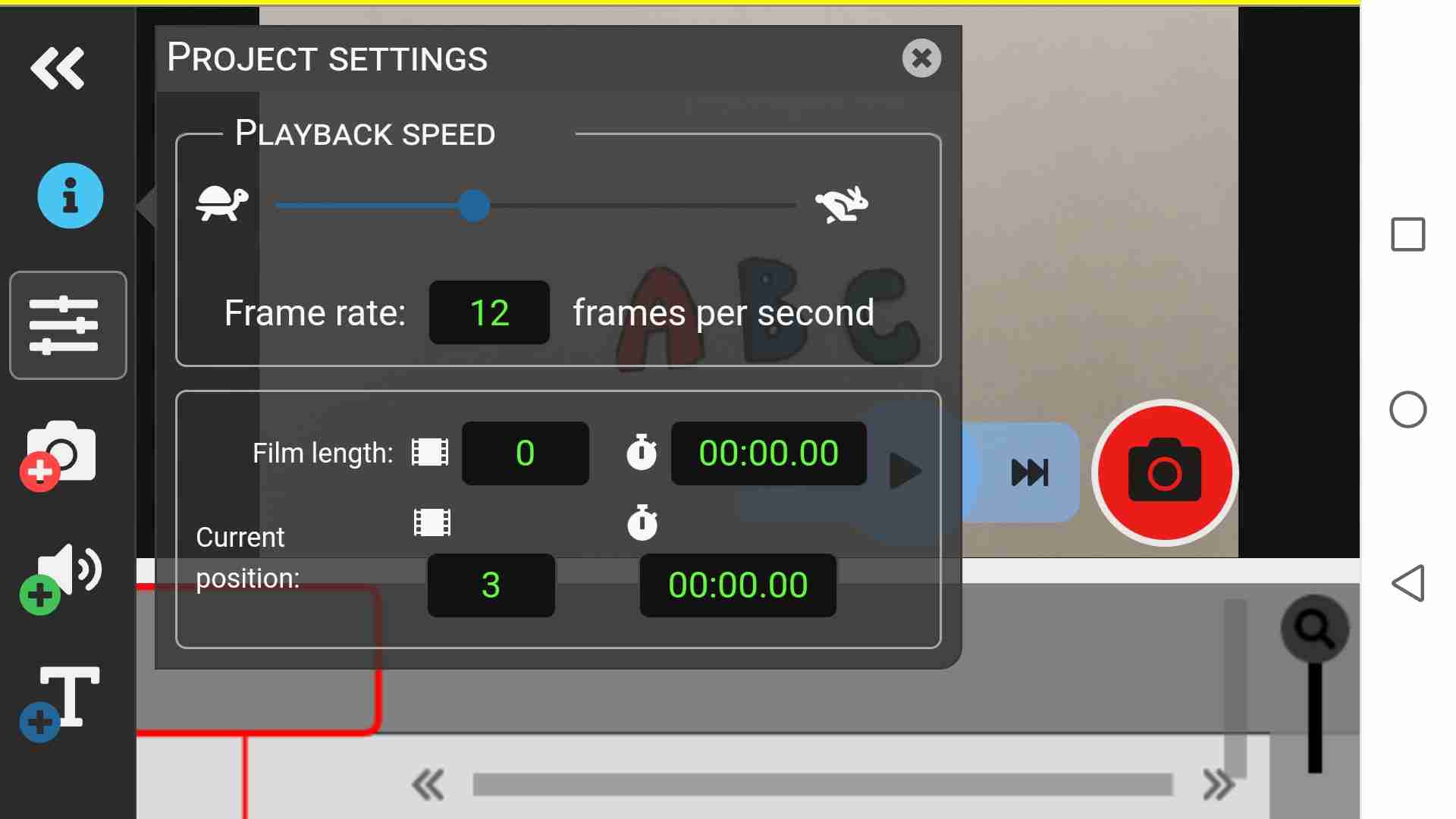 Press the camera button and fix your camera still in a position and take a photo, the image will appear at the bottom on the timeline.

Congratulations, you’ve taken the first picture of your film! 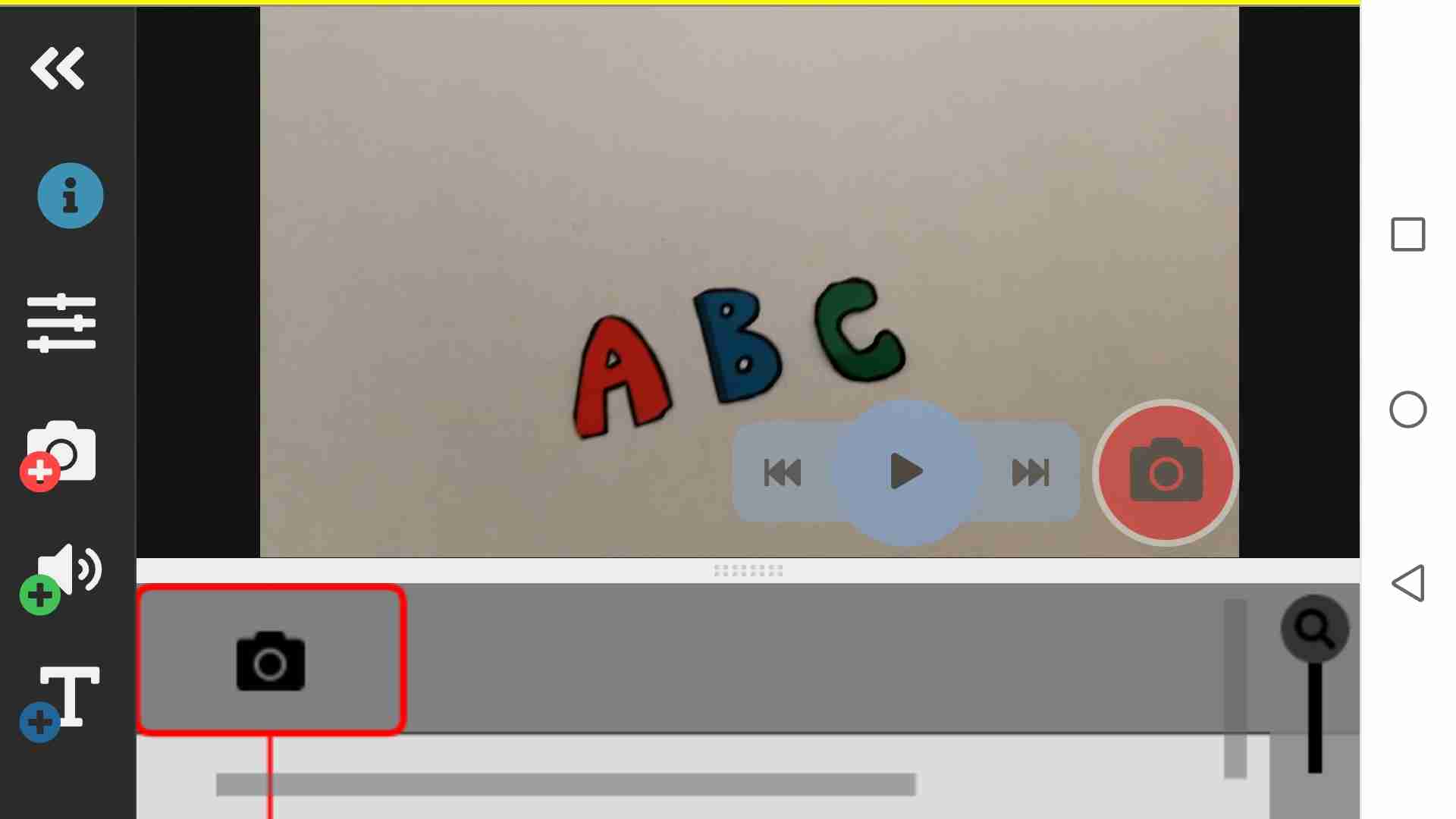 Now, when you move your character you’ll a ghost on the screen! Don’t worry, your device isn’t haunted, this is called onion skinning. This is where the previous shot you took appears like a ‘ghostly’ figure underneath the live camera feed. This means that you’ll know exactly where their character or characters were in the previous shot and move them accordingly. This is very helpful as it means you don’t have to worry if you move a character and forget where they had been, and you can check exactly how much you’re moving the character each time too.

The thing for you to keep in mind when animating is how far they move the character each time. Bigger movements between stills make the film look choppy, whereas smaller movement will give it a more fluid look.

When it comes to editing work the most important thing is that the first take is not the be-all and end-all. If you dislike any of the stills and want to try it again then go for it.

Adding sound to animation is not a necessity, but it can give your work even more awesome. There are three main categories of sound in animation:

Music – This is the most obvious of sound choices you can make. Adding music to your film can give it more atmosphere and its great for getting across different emotions. A well-placed song or a score that matches with the action of your scene can give your film a big boost.

Atmosphere – This is sound that plays in the background to add atmosphere to your work but doesn’t distract from the main action of the animation. For examples if your animation was beside the seaside you might put sounds of waves under the animation, or if you were in a forest you could add bird sounds to a forest scene. FreeSound is a useful website for free sounds, you will however have to create an account to download them – so get permission from an adult before doing so.

Voice Over – if you want to give your characters voices or narrate your your animation, then you would use a voice over. This could be spoken by yourself or someone else you know recording words for the characters in the animation. Your first step is to write a script so you know what to record, then you can use the built in record feature (red microphone) to record it.

As this is stop motion you would need to make it clear which character is talking, a little bit of movement from the character who is speaking would work in this situation. For example making their head bob, or their arms wave – we move quite a lot when we’re talking. 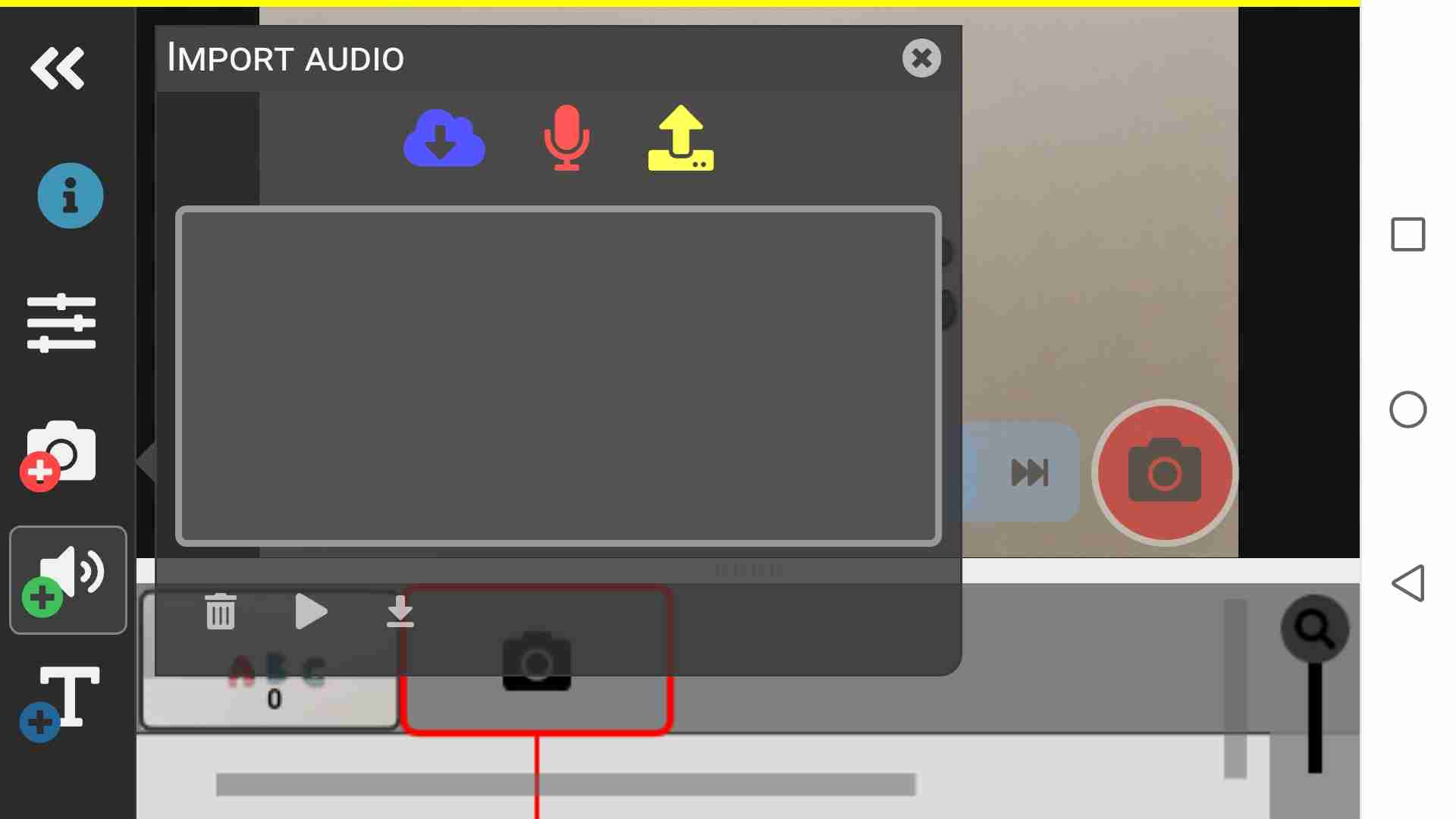 If you need any further tips and tricks, heres a handy video of how you can use everyday materials to make your animations really come to life.

Congratulations on making your first film! Not sure what to add next? What about introduction titles or end credits! And remember, the more films you make the better you’ll get. So don’t just stop after the first!

Once you’ve finished you can download your film from CloudStopMotion and upload it wherever you like – please send us a link so we can see what you’ve made.

Contact us
Copyright Signals 2021
Website by
Funding and giving
We use cookies to ensure that we give you the best experience on our website. If you continue to use this site we will assume that you are happy with it.OkRead More