Looking for advice on how to fund your film?

Signals has partnered with BFI Network and Film Hub South East to offer one-to-one sessions for filmmakers looking to find funding for their projects.

On Wednesday 7th October we’re offering one-to-one online sessions with the BFI NETWORK South East regional Talent Executives where you’ll get the chance to ask any questions you might have about the BFI NETWORK Short Film and Early Development Funding or discuss an idea for a film you would like to make.

Want to get involved? Places are extremely limited so email us at info@signals.org.uk with a short summary of what information you would like to discuss and a brief summary or treatment of your project. 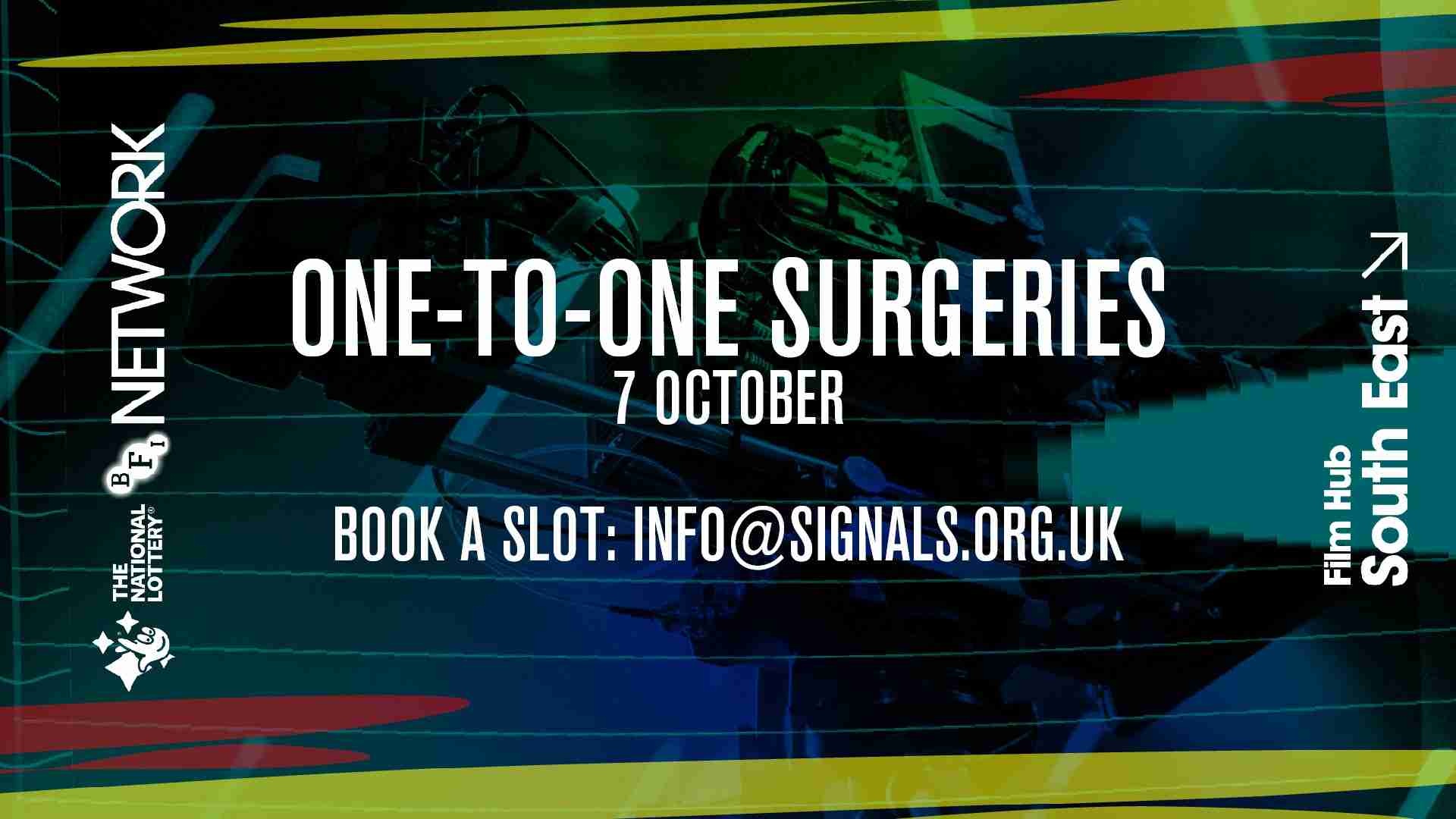 Not sure what the Short Film and Early Development funds are?

The Film Hub South East Short Film funding programme supports projects with directors based in England and is run in partnership with the BFI NETWORK Talent Executives who work with filmmakers on the delivery of funded projects.

This fund is for fiction shorts, in both live action and animation. They want to support short films that:

The Film Hub South East Early Development funding programme supports projects with writers based in England. If you’re a new writer with an exciting, bold idea – particularly if you’ve not yet teamed up with a producer – this is the fund for you.

‘New writers’ are people who have not yet have written a feature film script that has been produced and distributed. This fund is also for producers and directors working with new writers.

This fund is the first step in the BFI’s development support for live action and animated fiction projects from new writers. It supports people at the very beginning of their development process to produce an initial treatment and related materials.

You can find out more about both of these funds on the Film Hub South East website here.