Signals’ Dig Deeper project brought together a diverse selection of young people to learn about Colchester’s Roman Heritage and work together to create an animation and app for the Colchester Roman Circus Visitors Centre. This project was made possible through funding from the Heritage Lottery Fund.

Working with the Colchester Archaeological Trust (CAT), the project saw young people, ages 11-25, learning about the archaeology of Roman Colchester and working with local professionals to develop an animation, historical audio tour and site based app all to be installed at the Roman Circus Visitors Centre.

Beginning in May half term, we discovered the origins and explore history of Roman Colchester through media animation, sound design and robotics workshops. Then throughout the next few months Signals ran more free workshops making short animations, writing stories for a Colchester based historical audio tour and working with local developers to create an interactive map – which was subsequently unveiled on September 10th 2016 as part of the Heritage Open Day at the Colchester Roman Circus Visitors Centre. 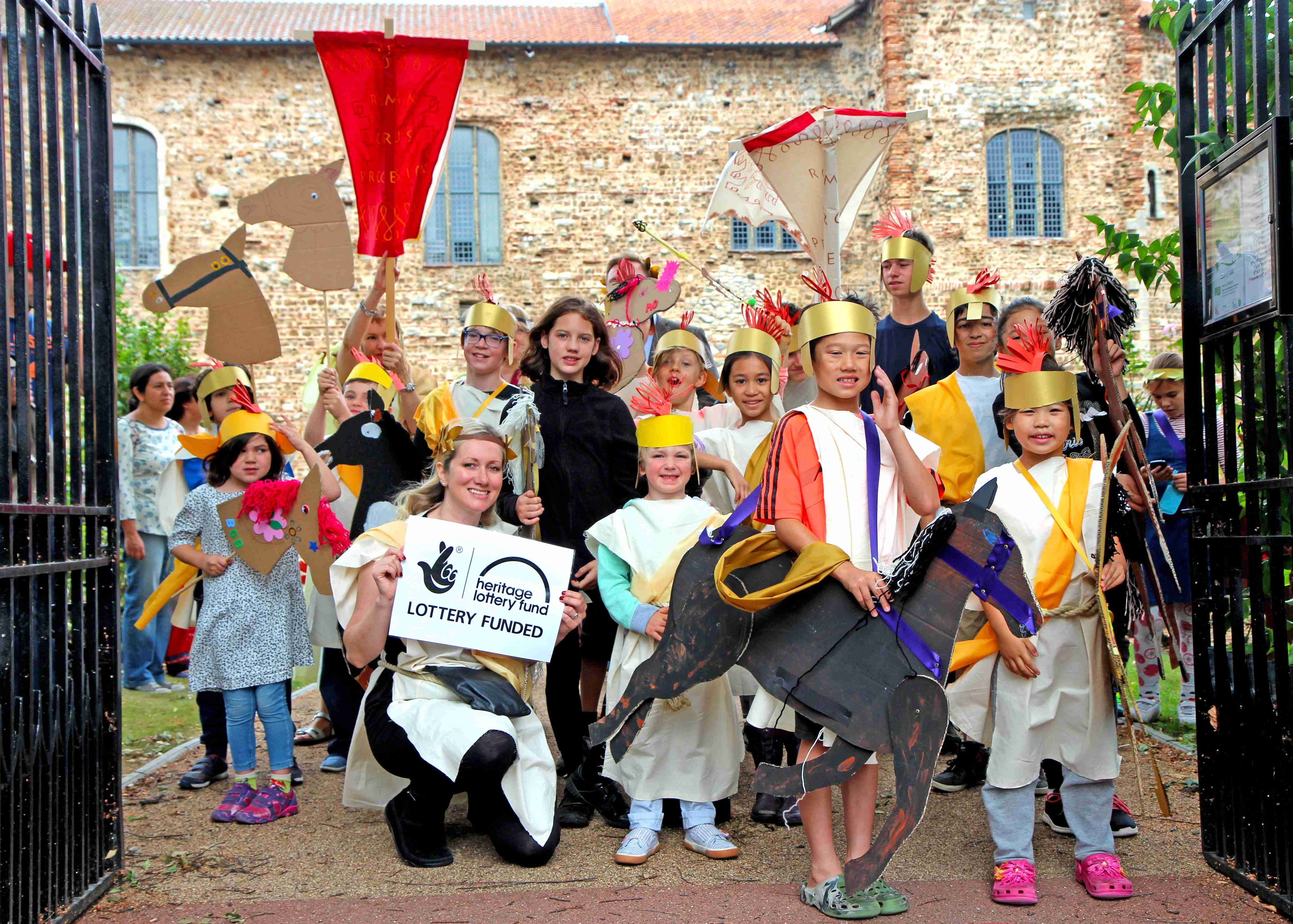 Our legion of young charioteers, ready to march to the Roman Circus.

To celebrate the finale of our Dig Deeper project, we enlisted some our young charioteers to recreate the route ancient Romans would’ve walked from the Roman Temple, now Colchester Castle, to the Roman Circus before a race. After making their costumes, our mini legion were met with smiles and cheers as they marched across Colchester and chanted Latin phrases. Once at the circus they were met with Roman food, music and games – and were treated to the launch of the brand new ‘Dig Deeper’ animated film and the Roman Circus app that they had all worked hard so hard on over the summer. You can view a gallery of images from the procession here.

Working with heritage professionals from Colchester Archeology Trust, Dig Deeper participants gained a deeper insight into this little known part of Colchester’s heritage, as well as teaching them a variety of valuable new digital skills.

A huge thank you to everyone that took part in the Dig Deeper project, you can view a video of the day on our website and download the Colchester Roman Circus app now for free!

Explore more of Roman Colchester in our free audio tour!

Listen Now
Back to blog