Concrete Legacy is a documentary showing the restoration and interpretation of Colchester’s public art murals by husband and wife team, artists Henry Collins and Joyce Pallot. This film was commissioned by Colchester Civic Society with funding from the Heritage Lottery Fund to restore the murals across Colchester’s Southway subways and deliver a community engagement programme.

Joyce Pallot’s and Henry Collins’s concrete murals are dotted across the town’s pedestrian subways. For the past two years, Pam Schomberg, chairman of Colchester in Bloom, alongside Jo Edwards, of Colchester Civic Society, and arts consultant Kath Wood, have been raising money and awareness to get the murals restored.

Signals worked with the group to document the restoration and interpretation of the murals, additionally working with a group of young filmmakers to recreate the murals history in stop motion animation.

Husband and wife Mrs Pallot and Mr Collins, who were both educated in Essex, constructed the majority of their public murals in the Sixties and Seventies, after helping to establish Colchester Art Society. Henry Collins and Joyce Pallot were also artists in their own right. Henry would often paint watercolours and in oils mostly focusing on still life subjects or coastal scenes and landscapes. Whereas Joyce would paint industrial scenes, often focusing on structures. 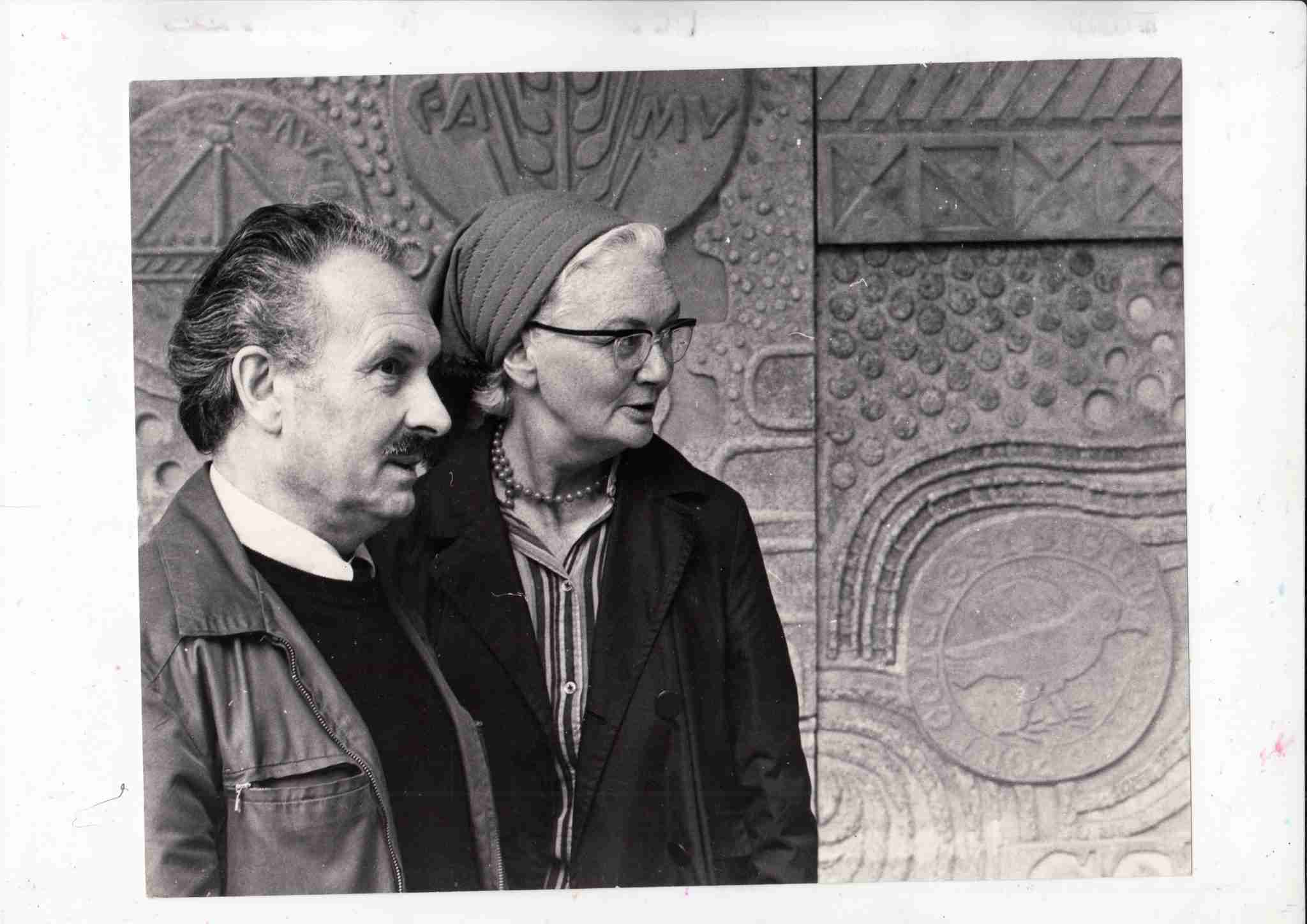 The concrete murals were made in the late 60s early 70s, in conjunction with the local construction firm Huttons. Here skilled labourers would pour the concrete into the moulds and help with the construction/technical side of creating murals. To make the murals Pallot and Collins constructed plastic moulds. These reliefs were made in reverse and concrete was poured into them. Once it had set they would break the moulds and pick off the polystyrene bits. They would then add details, either painting or guilding the works.

Their murals are subsequently all over the country. They would extensively research the history of an area before starting a mural and would often allude to the city’s history in the mural itself including references to important local figures and events. 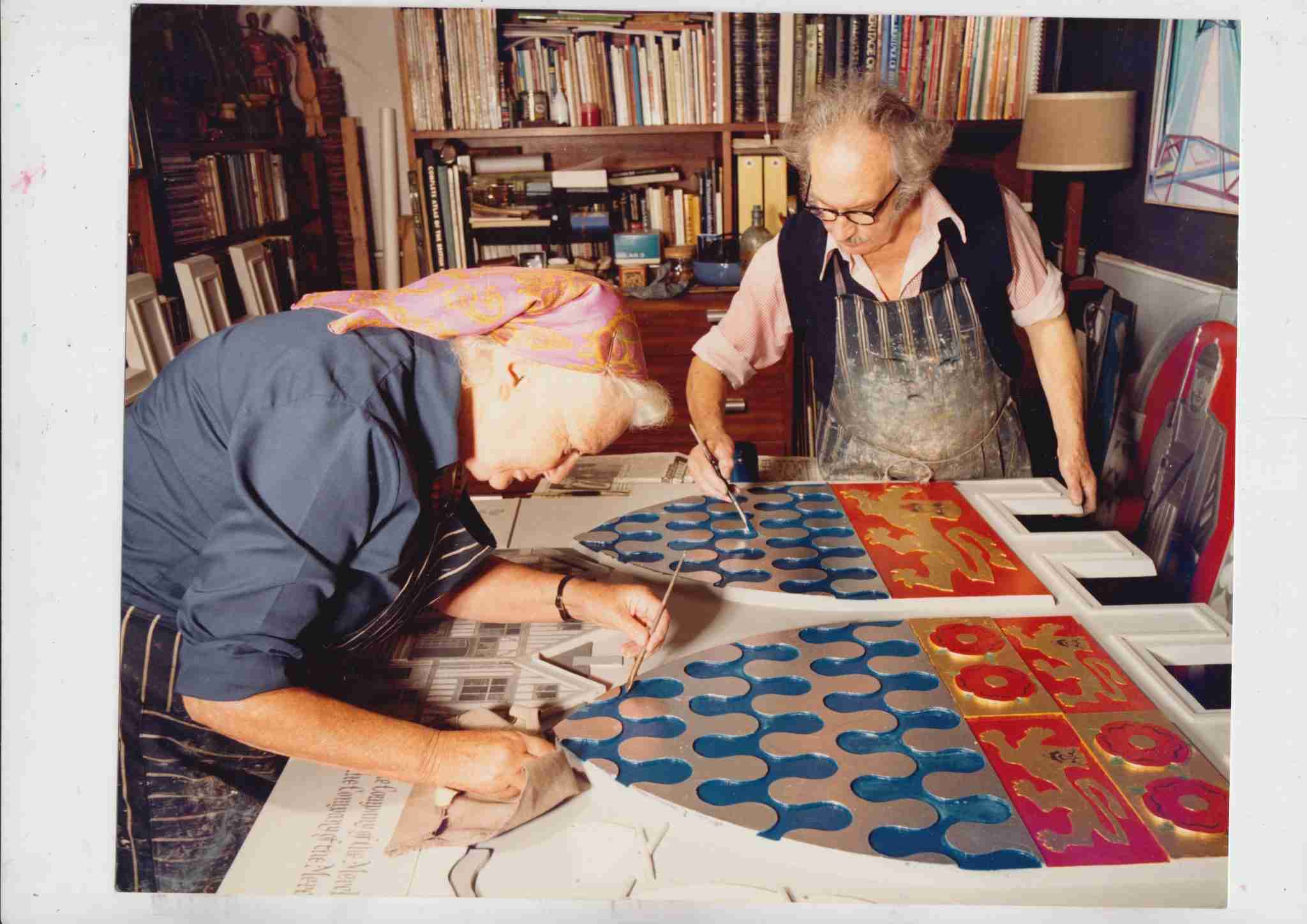 The restoration was contracted to Orbis conservation. Orbis conservation started by restoring the panels alongside the murals. They believe the artists wanted mosaic panels though they didn’t have the funding back then to do that, so they installed mosaic panels. Most of these panels were made offsite as to not disturb the public. Then they would add the smaller detailed mosaic on site.

The concrete murals were then repaired and cleaned. Once this had been done they applied a yellow mica paint on the bits of the murals that were once gold. Once this had dried they painted on the gold paint. They still need to add the framing to the murals and the project leaders are currently creating interpretation boards which will eventually go along side the murals.

As shown in the documentary, Signals also worked with a group young filmmakers to bring the murals to life through stop motion animation. This ‘Behind the Scenes’ film shows the animation process and the experiences the young people had learning from animator Dan Root.